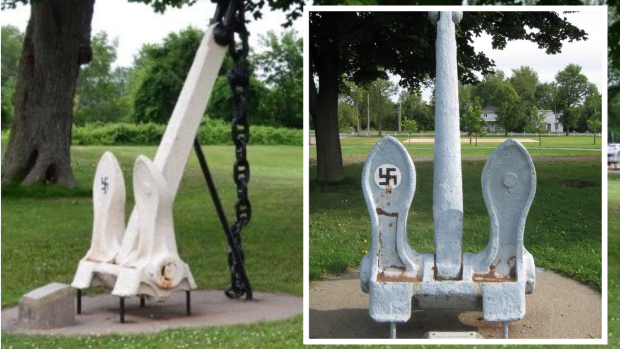 LAS VEGAS, Aug. 28 - The organization “Proswastika" today declared its support for a decision involving that symbol made by the mayor of Pointe-des-Cascades in Quebec, Canada.

“Mayor Gilles Santerre has decided to stop a man from vandalizing swastika symbols displayed in a neighborhood park for historical significance,”said Upendra Singh, president of Proswastika. "This is a great example of wisdom and leadership, especially in the West, where the general public and media have failed to understand the true meaning of this ancient symbol.”

Singh pointed out that for thousands of years before the Nazi era, the swastika stood only for peace and love before it was unjustly maligned and misappropriated by Hitler. Native Americans, that make about 3 percent of the population in Quebec have been using the swastika symbol long before the Nazis. This man removing the swastika would be an act of discrimination towards the Native Americans, which is exactly what the Nazis would do.


CBC/Radio Canada, Corey Fleischer, who goes around Montreal removing hateful graffiti, tried to paint over the swastikas that adorn an anchor being displayed in a neighbourhood park in the village of Pointe-des-Cascades. But as he went to paint over a swastika, he was confronted by the mayor, who called the provincial police to have him removed from the park.

"The village of Pointe-des-Cascades does not endorse Nazism; our village has a beautiful community and family spirit, and it creates events that bring people together,” Santerre said in an online statement. He added that the swastika-decorated anchor belonged to a merchant vessel that predated World War Two. It was found by local divers 25 years ago.

Cathy Bonneville, a resident of the village, told CBC Radio Canada she would have wanted Fleischer to research the reason the symbol was on the anchor before acting, and that she was uncomfortable with someone trying to remove part of that history without understanding the context.

"The swastika was also a Jewish symbol before the Nazi era,” Singh said. "It’s on old synagogues, including in Verona, Italy, and it’s also at many Israeli holy sites like the Second Temple. Nobody asks that those swastikas be removed, so why is displaying this symbol such an issue in the West?”

He pointed out that there’s discrimination against public displays of the swastika even when the intent is peaceful.

"How would Christians and Jews react if the cross or Star of David was discriminated against this way?” he asked. "Those who revere the swastika, such as Hindus and Buddhists, should stand up for their right to publicly display this ancient symbol. Education is the solution, not banning!"